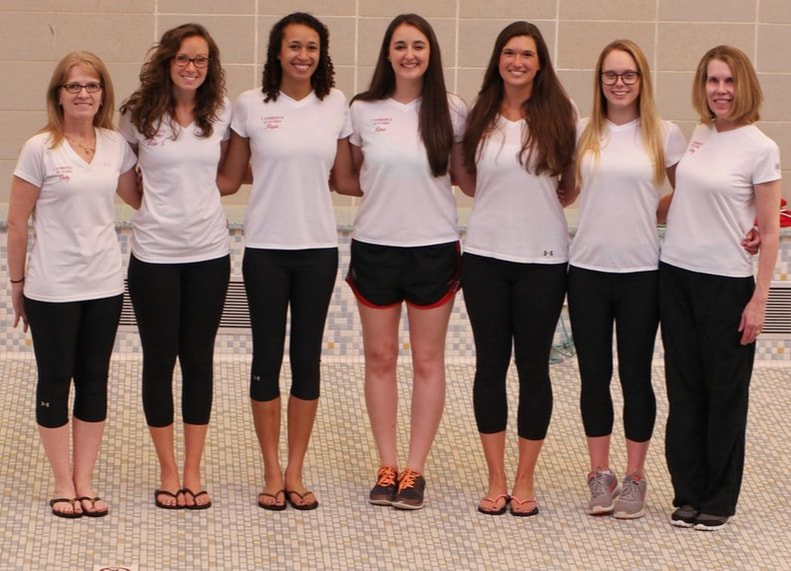 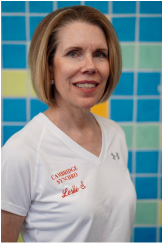 Leslie founded the Cambridge Synchro club in 1985 when former Cambridge Recreation Department Director Donna Cameron saw her sculling ballet legs in an effort to rehab a broken elbow and asked her to teach synchro lessons.  Initially certified to coach under former USA Synchro President Nancy Wightman, Leslie eventually obtained Level III/IV Coaching, and Level V (Zone Retaining) Judging status before retiring from the deck in 1996 to a chilly existence in ice hockey rinks and on soccer fields with her two children, now grown.  Leslie returned to coaching in 2010.

Leslie graduated in 1980 from the University of Michigan in Ann Arbor with a double B.A. in English and History, and holds a Masters in Public Health (Law) from Boston University.  She has worked as Assistant Director of a neighborhood health care center owned by Children's Hospital, a Technical Writer and Contracts Negotiator for Lotus Development Corporation, and runs an expert consulting practice with her physician husband.  She enjoyed both synchronized swimming, especially the shows, and competitive dance and volleyball in high school and enjoys the athletic and artistic dynamic of coaching swimmers and seeing them gain confidence and skill from the sport.

Intermediate and 12 & Under Coaches 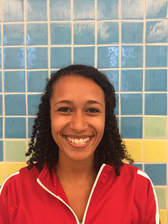 Kayla was a competitive synchronized swimmer from ages 7 to 21. She started her career swimming for the CDYMCA Sculpins in Albany, NY and later swam for the Wheaton College Synchronized Swimming team. During her time at Wheaton she completed a B.A. in Neuroscience and in the pool earned multiple All-Collegiate and All-American awards. Kayla has taught regular and synchronized swimming specific lessons since the age of 16 for various age group teams and organizations. 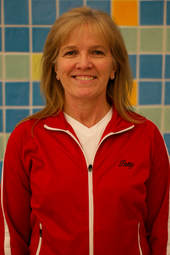 Betty began swimming for the Tonawanda Aquettes in New York when she was nine years old.  She swam for seven years competing at the Age Group, Junior Olympic and Junior and Senior National levels.  In 1978 she and her team won the Junior National Team Competition.  Betty also swam competitively for her high schools and at MIT.  She began coaching as a volunteer for Cambridge Synchro about seven years ago when her daughter Jaime was swimming. She has continued to coach for Cambridge when needed and is a USA Synchro Level 2 certified coach.

Betty graduated from MIT in 1984 with a BS in Chemical Engineering.  She worked for IBM for 10 years as a thin film Process Development Engineer and as a Systems Engineer.  She and her husband Tom live in Lexington and have three children.﻿﻿﻿﻿ 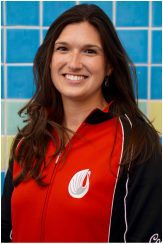 Katie was a competitive synchr﻿﻿onized swimmer from the ages of 7 through 19.  Competing first with the Troy Sculpins and later with the New York Arianas, both in Upstate New York. Katie competed in the Adirondack Association and Eas﻿﻿t Zone, as well as at Junior Nationals, Age Group Nationals and U.S. Opens.  Katie was the Head Coach of Cambridge Synchro from 2011-2022. Katie was named the East Zone Synchro Coach of the Year in 2016 and 2020.

Katie graduated from Boston College in 2007 with a B.A. in Studio Art and from Sage Graduate School in 2010 with a Master of Arts in Teaching for Art Education.  She is an Art Teacher in the Worcester Public Schools. 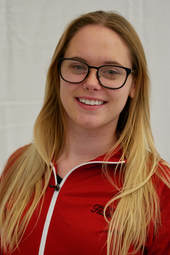